The first aerial photos of Ostia were taken as early as 1911, from a balloon. They were stitched together to form a photomosaic, and at the bottom the visible buildings were listed. The Fiume Morto (Dead River), an old meander of the Tiber, can be seen very clearly. 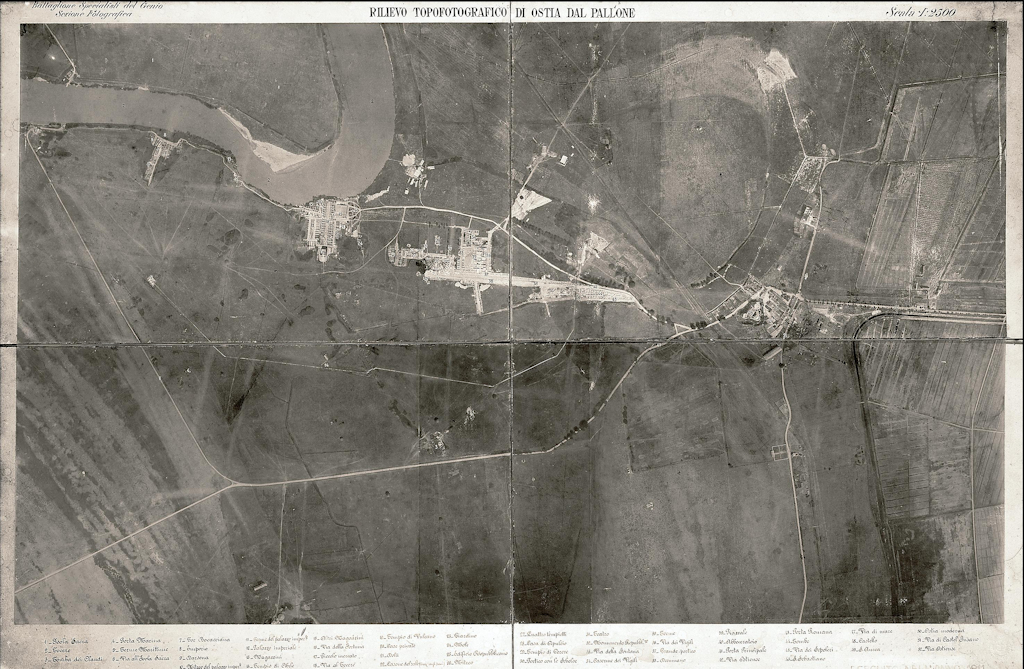 Click on the image to enlarge.
Aerial photographs (a photo mosaic) taken in 1911 from a balloon.
Published by E.J. Shepherd in 2006.

We have used Google Earth to indicate the position of many remains of Ostia and Portus: open the file ostia.kmz by clicking on the link.

After a long drought in 2007 an exceptional number of remains became visible. Fortunately, Google has preserved the photos. To see what can and might be visible, open the file ge2008.kmz. Next, in the Google Earth toolbar, select the images taken on July 29, 2007.

Important photos can also be seen in Bing Maps. Especially the bird's eye view, which can be rotated, has useful images. An absolute highlight are remains of a very large building with a long and deep porticus, near the coast. 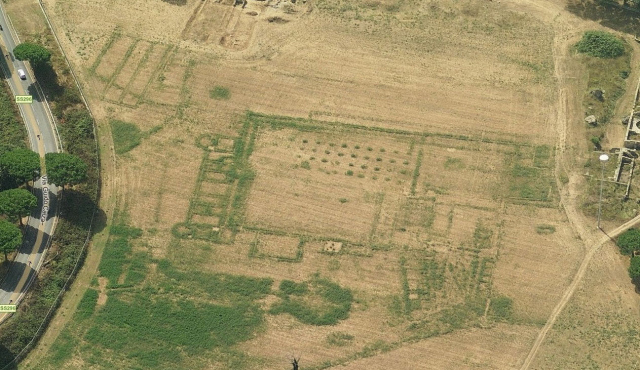 Click on the image to enlarge.
The building along the coast as seen in Bing Maps in the Spring of 2011 (from the north).

Click on the image to enlarge.
The ancient harbours seen from a plane. Photo: Paolo Fusco.